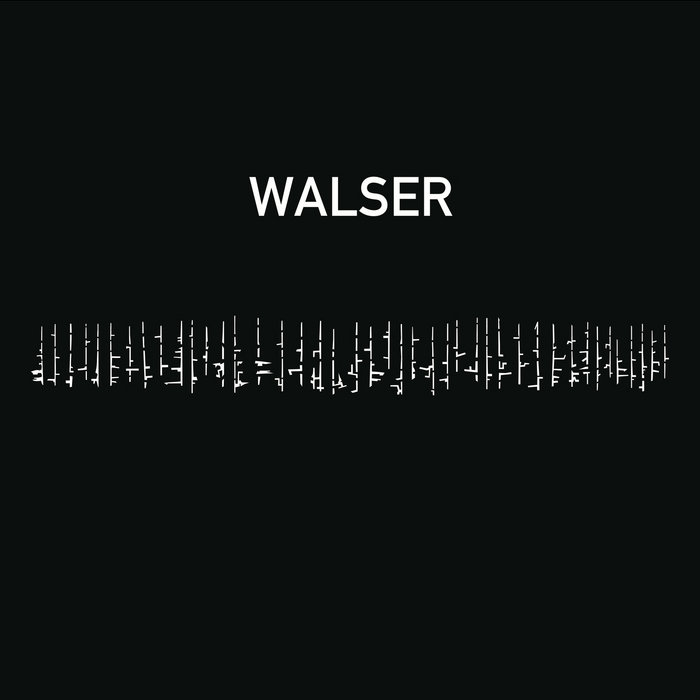 Automatu
(for those who rebuild past events in memory)

Utara
(for one who heard everything / small band of strings, percussion and electronics)

Dimana
(for any number of pianists and one bad doublebass player)

The music originally appeared as a 5.1 soundtrack to “Walser”, film directed by Zbigniew Libera.

Walser, the new album by Robert Piotrowicz is a reiteration of the artist’s soundtrack for the eponymous film by Zbigniew Libera, in which the fictitious Concheli tribe enacts its ritual gestures through music and performance.

Rather than following a traditional soundtrack format, where music is written after the film and cut to illustrate the cinematic form, Piotrowicz approaches the film as a point of departure to create an altogether autonomous sound work. While its aesthetic narrative echoes the one that we are submerged into throughout the film, the record’s underlying structure and dramaturgy have been reconfigured and reworked into a new spatial and affective arrangement.

Unlike Piotrowicz’s previous works, Walser is predominantly an acoustic album, with a nod to his previous projects that imagined fictional music ensembles (such as Rurokura and Eastern European Folk Music Research Volume 2). The instruments’ idiosyncratic sound is a result of a multifaceted composition process, which took custom-made instrument design (wind, percussion and strings) as its starting point, prototyping the music’s structure and meaning, and the composer-led choreography of actors’ gestures that took place during the film shoot and in its originating performance workshop.

In the film, Piotrowicz’s original music score is thus enacted by a body of sound, rather than the by actors on the film set, as it fills up the metastructure devised by the composer. Of course music always influences the way one views a film, but in Walser it becomes a cinematic language of its own kind, an extension of the camera, an omnipresent observer and narrator that sculpts our experience of watching and listening.

In the album, sound returns to its first and foremost dimension, time, and while the storyline is no longer in the foreground, its immaterial traces persist in the LP’s structure and narrative, incorporating a myriad of mood changes and dramatic turns. The album is an analogue recuperation of the primal, original sound where music finds a new form of embodiment and occupies a new territory, beyond the screen and beyond the image. It is a sensuous body of sound that carries meaning beyond traditional ways of verbal and pictorial communication.